PALOUSE HABITAT BOARD OF DIRECTORS 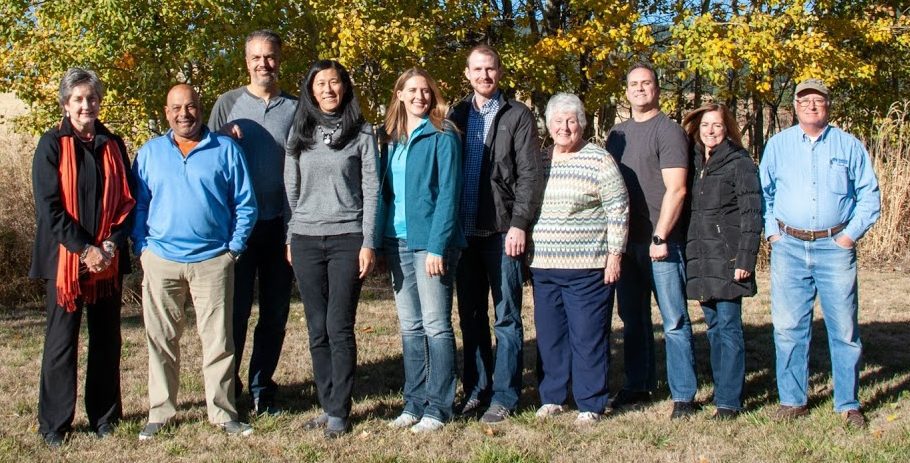 Palouse Habitat for Humanity has a community-based, volunteer board of directors.  The current Palouse Habitat Board of Directors includes community members from business, faith, and service organizations.

The board meets once a month.  Standing committees are Construction, Development, Faith Relations, Homeowner Selection, Homeowner Support and Site Selection. 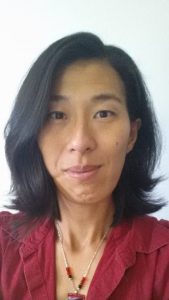 Cathy Blood is a city girl who now lives on a farm on the rolling hills of the Palouse.  She has been married to her amazing husband, Casey Blood, for over 20 years now.  Cathy and Casey have two adult children, Darrick and Lyssa.  Cathy has been working at WSU for 14 years at the School of Food Science.

Cathy's main focus in volunteering has been with the public education system while her children were attending school.  Cathy has also been a parent volunteer for the Potlatch Troop #358 and Venture Crew #360.   She was presented an opportunity to join the Palouse Habitat for Humanity and wholeheartedly accepted.  She loves the philosophy and mission of Palouse Habitat for Humanity. Cathy is also a board member of the Latah County Community Foundation. 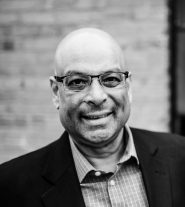 Mick Nazerali has served on the board since 2011.

He has  lived in Pullman for over 30 years and has managed, owned and operated several commercial properties. He is familiar with the university and surrounding communities to give clients professional knowledge of the real estate market. He has over 20 years experience in commercial, investment and residential properties. His philosophy is to provide excellent service to his clients by applying his experience, negotiating skills, knowledge, and expert marketing services to benefit both buyers and sellers. 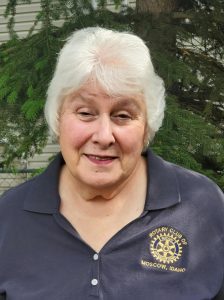 Connie J. Hall has served on the Board of Directors since 2014. She was born, raised and educated in Moscow, graduating from the U of I in 1969. She taught at the secondary level for 40 years in courses including Drawing/Painting/Textiles/Ceramics, in Social Studies/US History/World History/US Government, Political Science 101, coached academic competition teams and taught Extended Learning Internships for the gifted programs. She also worked as a field supervisor for the US Census Bureau, a Glacier Hotel cook, and manager of the Habitat Surplus Sales. She currently does field supervision of U of I student teachers, sells her handmade greeting cards and works on many projects for P.E.O., Moscow Rotary and the First United Methodist Church. She has enjoyed working with Habitat for several years fundraising for Beans and Jeans, volunteer refinishing projects, family selection and currently she serves as secretary to the Board. 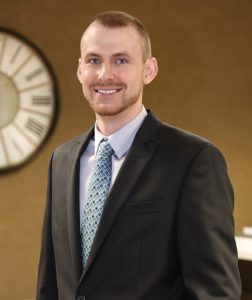 Jason has been the Treasurer for Palouse Habitat for Humanity since January 2016. Jason was raised on the Palouse and graduated from Troy High School. He left the area for college but moved back to the Palouse because of our great community. Jason is a licensed CPA at Presnell Gage. He and his wife Amy are new homeowners in Moscow and enjoy helping local families achieve home ownership for themselves. Jason is excited and honored to serve as the Treasurer for Palouse Habitat for Humanity. 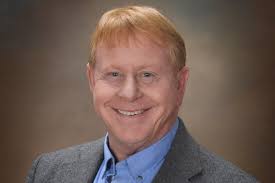 Marshall Comstock started on the Board of Directors in January of 2020.  Marshall has lived in Latah County for over 45 years. Marshall and his wife Rhonda have five grown children and 10 grandchildren. He is a graduate of the University of Idaho with degrees in agriculture and forestry.  Marshall owned and operated Comstock Construction for 35 years and worked as a Building Inspector for Latah County and the City of Moscow for 15 years. Together he and his wife own and operate a small farm producing grain, hay, and Christmas trees.  Besides serving two terms on Moscow City Council and two terms as the Mayor of Moscow, Marshall has also served on numerous National, State and local Boards and Commissions. Marshall has received many community awards for volunteer service to his community. 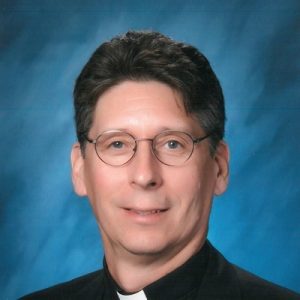 Father Dublinski has served on the Board of Directors since August of 2019.  He is the serving priest at Sacred Heart Catholic Church in Pullman Washington. 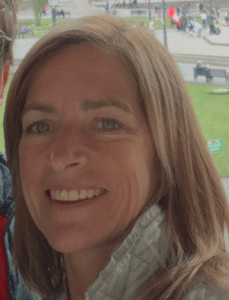 Jennifer has serves on the Board of Directors since 2012.  She is an attorney licensed in Idaho and Washington. She earned her undergraduate degree from Seattle University (1986) and her law degree from University of Washington (1990). Jennifer practiced in Washington for six years before opening a solo practice in Moscow in 1997. She and her family moved to Moscow in 1996 to enjoy the cultural benefits of a small college community, and to become more involved in community activities and programs. Her practice is focused on family law and mediation. Jennifer is also on the Board Of Directors for Milestones Decisions. She has taught several semesters as an adjunct professor at the UI Law School and is a former member of the Latah County Board of Community Guardians, the Moscow United Soccer Club Board and the Rendezvous in the Park Board. Jennifer and her husband, a professor at UI, have two adult children who live in Western Washington

Ryan Hamilton has served on the Board of Directors since October of 2019. 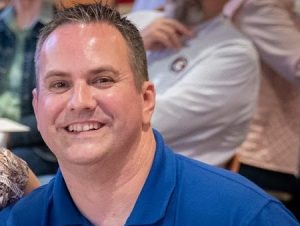 Jason Noble has served on the Board of Directors since February of 2018.

Jason is an Vice President for Wells Fargo Bank in Moscow and is dedicated to helping others set and achieve financial goals.  Jason grew up in north Idaho and moved to the Troy area 13 years ago.  He has been in banking and finance for over 20 years and spends his free time helping others and enjoying the Idaho outdoors with his family,

Jason believes the little things we do today can make a big difference in someone's life. 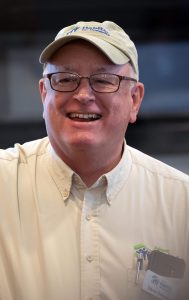 Dave Ostrom worked for Washington State University for 37 years in Information Technology and retired in October, 2008, as the Director of Communication and Network Services. 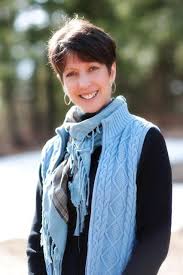 Nancy was raised in a small logging mill town on the Southern Oregon Coast. Her dad owned a logging company and her mom was very involved in their community.

Over the years Nancy has owned and operated several businesses while keeping involved in the different communities she has lived in. Some of the civic & volunteer organizations she has been associated with: Rotary International, Lions Club, Junior Achievement, Special Olympics, City of Moscow Parks and Recreation Commission, HOPE Center, and several others over the years. She is married to Owen Tribble who retired from the USCG. They moved to Moscow in 2008 and she been selling real estate for RE/MAX Connections since 2009,

Nancy has worked on several Habitat builds and has served  on the Board of Directors since May of 2019. 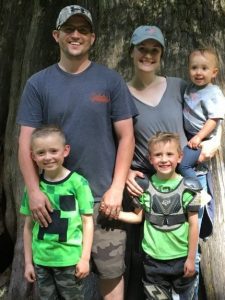 Jennifer Trout is a Palouse native, currently living in Troy, ID with her husband and their three children. In 2010, she graduated from the University of Idaho with a degree in journalism and thus started a career in healthcare. She has been the marketing and admissions coordinator at Aspen Park of Cascadia for over five years.

Jennifer first started with the Palouse Habitat for Humanity in 2018 when she signed her Aspen team for work at the Potlatch build site. Inspired by the values of Habitat for Humanity, she has continued to join the build sites and aims to be an instrumental part in spreading its mission to the Palouse community.  Jennifer has served on the Board of Directors since November 2019. 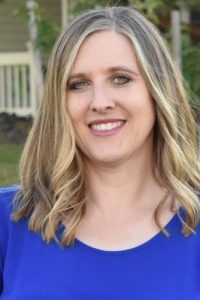 Lisa is a native of Idaho and has lived in Pullman since 2003 and has always had an active role in the community.  She has a special devotion for non-profit organizations in the Palouse.  She was the president of the Pullman United Way Board and has worked as a committee member and chair of the Pullman Cabaret event and was actively involved in the Pullman Lentil Festival.

In 1998 she graduated from the University of Idaho with a B.S. degree in Agricultural Economics.  After graduation she proceeded to work as an agriculture loan officer for the Northwest Farm Credit Services in their offices located in Missoula, MT, Spokane WA and Colfax WA.  In 2006 Lisa began working for Zions Bank in Moscow as a commercial/agricultural loan officer and in 2013 she began working for Washington Trust Bank in Moscow, Idaho where she currently works as an agricultural/commercial relationship manager.  Lisa enjoys working with her customers located in the quad cities area.

Lisa has been married to her husband Ted Uhlenkott since 2001 and they are raising 2 children Mikayla and Kolby in Pullman, WA.